The following testimonials were written about the Imagination Library of Franklin County and how it has affected a child or family:

Emma Jane Rosenberger recently told the Franklin County School Board about writing her first book, Jonah the Explorer.
Ms. Rosenberger, a 4th grader at Mt. Carmel School, collaborated with her grandmother Linda Rosenberger and illustrator Kathy Hilbert to tell the story of her pet hamster Jonah getting lost under the stove.

Ms. Rosenberger’s love of books started as a small child when she received monthly books in the mail from Franklin County’s Imagination Library. Her teacher Chelsea Stenger encouraged her to write the book about Jonah. Fifteen copies have been printed so far and Ms. Rosenberger is working on publishing more copies. A second book is underway about the exploits of Jonah and his hamster buddies named Teeny and Tiny.

Testimonial of Samson and Rachel McGee 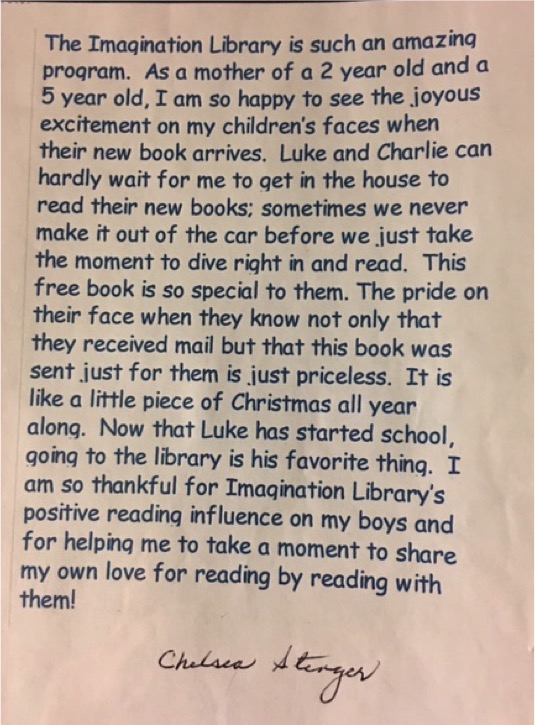 Register your child for the Imagination Library of Franklin County.

A Letter from Dolly